Donald Trump‘s campaign is banking on the polls being inaccurate and missing a large enough segment of his voters that could prove decisive on election day. According to a Politico article this morning, a number of Republican consultants and operatives think there may be some truth to the campaign’s hope:

Early voting not encouraging for Trump

According to Politico, the early voting trends are not likely to be providing much comfort to the campaign of Donald Trump:

In Nevada, where early in-person voting began on Saturday, Democratic voters cast 23,000 more ballots than Republicans as of Tuesday afternoon, good for a 15-percentage-point edge in the nearly 150,000 ballots cast. (Mail in and absentee ballots narrow the gap slightly).

Polling and early voting returns suggest Democrats are maintaining an edge in North Carolina, and they ... 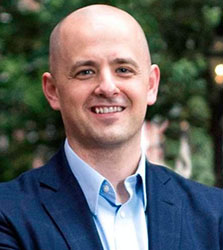 Utah has long been a reliable Republican state in the electoral college, but that may change in 2016, according to Bloomberg Politics:

Mormon Support Could Push McMullin Over the Top in Utah

In an election year when voters in record numbers say they’re fed up with major-party nominees Donald Trump and Hillary Clinton, Utah alone appears poised to walk the walk and deliver a win for independent Evan McMullin.

In no small part, support for McMullin in Utah and and a handful of other western ...