The New York Times hosts a terrific blog focused on politics, policy, and economics called The Upshot. Today it has a thought-provoking piece on what the 2016 nomination battle for Democrats might look like without Hillary Clinton. The short version: chaos.

We’re on record here at The Upshot as believing that Hillary Clinton is in an extremely strong position to win the Democratic nomination. And as Brendan Nyhan has explained, the furor over her private email ...
Read More >> 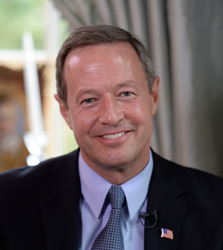 O’Malley Prepares to Take On Clinton

The most interesting question in the 2016 Democratic nomination battle is, who will rise up to become Hillary Clinton’s main challenger? One possibility is Maryland’s former governor, Martin O’Malley. David Weigel at Bloomberg Politics has an interesting write-up of his preparations to run:

Martin O’Malley Readies His Run as the Un-Hillary 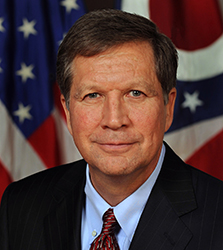 What A Kasich Campaign Might Bring to the Race

National Journal’s Michelle Cottle has a fascinating look at what a potential 2016 campaign by Ohio’s governor, John Kasich, might look like. It takes her a while to get to what appears to be her central thesis, but here it is:

Kasich’s brand of political impatience could fuel or tank his presidential fortunes in 2016. Either way, it would arguably do wonders for the process as a whole. The Republican Party has been struggling to define what it stands for, whom ...
Read More >>