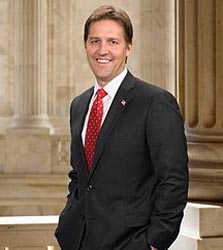 Roll Call has a brief but fascinating article on the subject of an independent bid for the White House. With businessman Donald Trump now the likely GOP nominee, there has been some suggestion that the "NeverTrump" movement might try to field a candidate, with Nebraska Sen. Ben Sasse on oft-mentioned possibility. The article notes:

A CQ Roll Call analysis of state filing deadlines shows that an independent candidate would sacrifice 111 electoral votes if he or she waited until the start of the Republican National Convention in July to file for ballot access. It's already too late to file in Texas where the cutoff date was Monday. But filing deadlines begin piling up in June with states like North Carolina, Indiana, Illinois and New Mexico.

The graphics provide most of the detail, and whole article is well worth the read: How Tough Would an Independent Presidential Run Be?