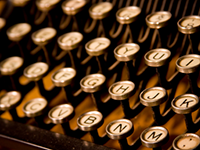 Henry Olsen of the Ethics & Public Policy Center has a bone to pick with Senator Ted Cruz and the latter's regular invocation of the Alamo as a metaphor for how conservatives should approach elections. Here's a sample of Olsen's comments, which appeared in the October 20 issue of National Review:

Senator Ted Cruz is a bright man with a bright idea: Conservatives have no power because their leaders have no principles. Rediscover the latter, he says, and we will recover the former. Would that it were so.

Start with Cruz's retelling of Republican presidential history. He claims that beginning with Richard Nixon, every Republican nominee who was elected ran as a "strong conservative," while every loser ran as a moderate. Cruz was born in December 1970 and clearly has hazy memories at best of the 1968 and 1972 races, the latter of which saw National Review endorse John Ashbrook, a conservative congressman from Ohio, in the GOP primaries rather than Nixon. Be that as it may, this is an all-too-simple formulation that overlooks the way politically successful conservatives have always tempered parts of the conservative agenda precisely to gain a principled majority.